What Impact Do Early Language Interventions Have On Children’s Language Development? 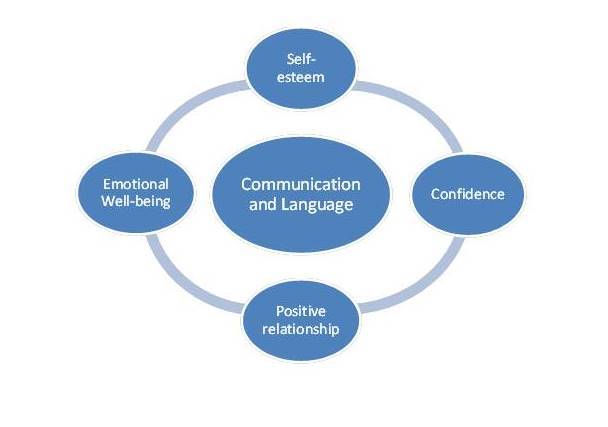 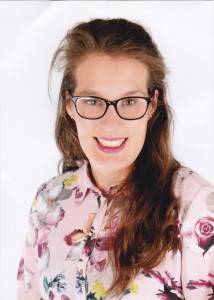 I graduated from Bishop Grosseteste University in 2013 with a BA (Hons) in Primary Education. I then went on to complete my first year as a Newly Qualified Teacher (NQT). It was while I was completing my NQT year that I started to become interested in practitioner research. I was changing simple things in the classroom and introducing new ideas, then observing the effects that this had. Engaging in practitioner-research sparked my interest to begin my MA in Education. I enrolled in the course in 2014 and I am now near completion! My next goal would be to continue in practitioner research and begin a PhD program.

The project began with goals which aimed (a) to deepen my understanding of early interventions in children’s language development, (b) to strengthen my practice in designing and implementing classroom interventions, and (c) to analyse the impact of the interventions. Meeting the first goal provided an in-depth look at the research that surrounds early intervention and why it was important. From this I was able to compare policy and practice and to evaluate and develop my current practice, followed by the impact analyses. The conclusions from the project demonstrated the importance of early interventions, showing that good progress was made by the children involved in them. The interventions conducted in this project were analysed against literature and research of best practices. The intervention results were then adapted to strengthen my lesson planning and instructional practice. Other professionals working with the early years may find this project helpful to deepen their understanding of the importance of early intervention, especially in Communication and Language. This action research shows the importance of closing gaps in the early years so children continue to make good progress further on in school.

The research project was set in an Early Years Unit in Mapperley which is on the outskirts of Nottingham. The school is a small Primary School with most pupils coming from the surrounding areas. When the government introduced funding for ‘disadvantaged’ 2 year old’s, research studies regarding the development of children’s communication and language skills were important resources. Interest in communication and language interventions increased when evaluations of intervention effects were carried out with children starting in the Early Years Unit. The evaluation results showed a small percentage of children requiring a more in-depth and structured intervention. The current research project stemmed from this finding and the desire to deepen our knowledge and strengthen our practice, in an effort to ensure that children were provided with the best possible communication and language interventions to increase their development and progress.

Numerous research on young children has been based on language development, reasons for delayed language development in children, and how to help them. ICAN (2013) stated that over one million children in the United Kingdom have some kind of speech, language and communication needs. Research evidence indicates the importance of early identification for children with a language delay. The Bercow Report (2008) was jointly commissioned by the Department for Children, Schools and Families and the Department of Health. The Report gives recommendations to the government about how to transform the experiences of young children’s speech and language learning. The overall emphasis is to identify early delays in communication and language and provide early intervention where necessary.

The goals of this research were to deepen my understanding of the facts surrounding all children’s development in communication and language, especially children classed as ‘disadvantaged’ by the government standard, and to examine how I can help them to improve language skills by strengthening my practice through putting interventions in place and analyzing the intervention impact.

There were 8 participants involved in the study. Both the 3 year plus and the 2 year old interventions included 4 children with 2 boys and 2 girls in each. These children were chosen for the interventions because their assessment showed that aspects of their communication and language were not at the average level. The children were delayed in varying parts of communication and language including attention and listening, understanding, and speaking.

Before the research was carried out the children were assessed against either the Prime Areas Tracking Tool or the EYFS Development Profile, or both, depending on their age. All three subsections under the area of Communication and Language were assessed. The assessments on each tracking tool consist of simple statements that can be highlighted when the child achieves them. Both tracking tools show where the children should be in relation to their age in months on the tracker. If the child is not achieving the level determined by the tracking tool, then the tracker will break down next steps of what the child needs to do. The children then began 6 weeks of planned interventions for Communication and Language.

Literature reviews on research studies and best practices were incorporated into the intervention plan. The purpose of the interventions was to help participating children develop and learn so that the language gap between these children and those who have no delays would become narrowed.

There were two sets of interventions (both targeted), one for 2 year old’s and one for 3 years plus. Both interventions had two different activities to be carried out each week.

Two-year old’s. The first activity was carried out every Monday for six weeks. This involved talking to the child using a puppet. Different scenarios including the seaside, a tea party, and daily events were talked about, and pretend play was used to encourage the child to speak and repeat words. The second activity, which took place on Wednesdays focused on hearing different noises and using actions. Music, songs, and rhymes with actions to encourage the children to join in with the singing and rhymes were included. The 2 year old intervention focused on the understanding of language and speaking. The 3 year and older intervention focused on clearer speech and the sound of words (see below).

Three-year old’s and older. The first activity (speech based) was carried out on Tuesdays and the second (phonics and sounds) on Thursdays for six weeks. The 3 year plus intervention prioritized the pronunciation of words and phonics, which is expected to increase children’s clarity of speech and ability to sound out words. By working on the clarity of speech and phonics the children build confidence when speaking while gaining knowledge in the classroom when learning to read. Speech activities included nursery rhymes, the adult singing the tunes wrong and the children correcting, making different noises to encourage lip movement, musical instruments, and rhyming activities. The phonics activities included: focusing on a sound of the week, having different objects in a bag to match to the sound of the week, singing sounds with the sound of the week incorporated into the song, and playing a range of games which involves the sound. At the end of the 6 weeks the participating children were reassessed on their communication and language outcomes on the same trackers which were used in the pre-assessment.

In this action research pre- and post-intervention language skills were assessed on participating children to record the progress that they had made. After the 6-week interventions, the findings were as follows: (1) the 3 year old’s had clearer pronunciation of speech and their confidence increased along with frequency of speaking; and (2) the 2 year old’s increased understanding of language, were more sociable when playing with other children, and expanded their vocabulary.

The UK government has brought in funding for two-year old children to attend an educational setting. The majority of language delays are identified by using the Prime Area Tracking Tool when these children enter school. These delays are then acted upon and the correct intervention is given. The Communication and Language interventions that have been carried out in school show that the children have made good progress. The results in the graph (see Project Learning Media) are based on areas of language development. The rate of increased language development is expected to keep rising as the early interventions are continued. With 75% of children showing an increase in ‘Understanding of Language,’ the 25% not showing significant improvements appeared to be due to missed sessions. The finding that attending sessions had effects on language achievement provides some evidence that the interventions were successful beyond the maturation effect.

When the findings from both the two and three year old interventions were combined and split into the appropriate areas, the following outcomes were revealed. Both ‘Social Skills’ and ‘Communication Skills’ showed an increase of 50%, and this increase supports the argument that children need confidence in themselves to support their language development. The 50% of children that did not increase in development shown in the assessment immediately after the interventions are still growing in confidence when speaking to people. In general, major findings show that with early interventions now in place for children who need extra help and support, they will have a better chance at making good progress in the future. By working on the 3 prime areas the children are then ‘school ready’ and will be able achieve their learning potential despite their earlier language difficulties.