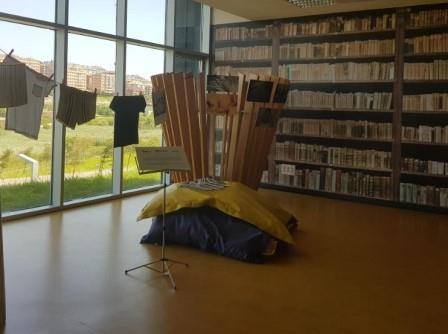 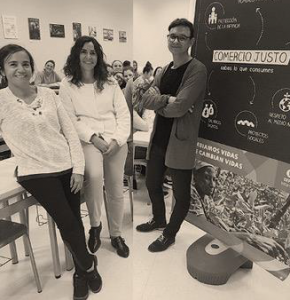 Elia Fernández-Díaz: Doctor in Education. I began my professional career as a pre-school teacher and currently work as a lecturer in Curriculum Innovation in the Department of Education at University of Cantabria, Spain. My research interests include in-service teacher training, technologically mediated action research, strategies for the innovative use of ICT, and School Improvement from a qualitative paradigm, among others. My most recent research interests and publications are related to participatory action research, critical literacy and disruptive teaching practices in Higher Education. I am a coordinating Group member of the Spanish Technology Network, a member of Collaborative Action Research Network, and a reviewer for Social Publishers Foundation.
Carlos Rodríguez-Hoyos: I am a lecturer in the Department of Education, University of Cantabria. I received my Doctorate degree from the University of Oviedo. I have been a lecturer in the Department of Education at the University of Cantabria since 2009 and have collaborated on the Modular Programme in Digital Technologies and the Knowledge Society at the National University of Distance Education (UNED) since 2006. My lines of research include: analysis of e-learning from a teaching perspective, ICTs and the dynamics of educational, and social inclusion and exclusion.
Adelina Calvo: I have a PhD in Pedagogy from the University of Oviedo (Spain). I work as a lecturer in the Department of Education of the University of Cantabria (Spain). Among my research interests are analysis of the processes of social inclusion and exclusion, student voice, and school improvement in a qualitative paradigm. My most recent research interests and publications are related to development education and global learning. I am currently Academic Director for International Development Cooperation at the University of Cantabria.
Student Authors: Carolina Abad, Eva María Alonso, Saray Andrés, Carolina Bravo, Mercedes Cámara, Natalia Cidoncha, Araceli Comisso, Esther Corniero, Virginia Fernández, Celia García, Paula Gómez, Laura Gómez, Andrea Marcos, Clauida Valvanuz Muñoz, Sandra Muñoz, Berenise Novoa, Andrea Ortiz, Ángela San José, Andrea San Román, Sara Toca, Natalia Torre

Product Description
Within the framework of an action-research project, we developed transmedia narratives to encourage student reflection on the conditions of workers in the textile industry as a way to help them better understand the global reality in which they live and to encourage them to take part in its improvement. From the images constructed by students, we developed an educational resource in the form of a “fashion catalog” that seeks to denounce the consequences of the exploitation processes that are generated by the textile industry.

This experience was developed with two groups of students who were taking the third year compulsory course called “Information and Communications Technologies (ICTs) applied to education” in the Early Childhood Education Degree, offered in the Faculty of Education at the University of Cantabria, Santander, Spain. The course was implemented during the first quarter of the academic year 2017-2018 and was aimed at promoting critical education processes that would foster students’ abilities to create transmedia narratives, that is, the telling of a story or experiences across multiple platforms and formats using digital technologies. In this instance, the use of the technique culminated in the creation of an advertising campaign and a short film about the conditions of production and its consequences in the textile industry.

The classes had 37 and 41 students, respectively, mostly women. Each class was divided into work groups, with 4 – 5 students in each group. (One class had 6 groups and the other had 7.) The main topic of the project was the conditions of workers in the textile industry. Likewise, we tried to question the consequences that these working conditions and industry processes have for citizens in the Global North, promoting an understanding of the phenomenon that would allow the local and global dimension to be brought into dialogue and also establish a link with students’ own interests and concerns. In both classes, a process of debate and negotiation with the teachers took place, with each group seeking to define which specific topic they wanted to address in order to create their narratives. The resulting collection of narratives was used to create an educational resource, the booklet, and this product was presented in a Fair Trade meeting of the University of Cantabria (May, 2018), which can be found at https://goo.gl/mXMahD.

Research Base for This Product

This work is part of a larger project examining innovation in university teaching. The implementation of the larger project was conducted through a process of action-research with the aim of transforming teaching practices and generating knowledge in the course of the actions (Fernández-Díaz, Calvo, & Rodríguez-Hoyos, 2018). This project made it possible for three university colleagues to create a work context in which we reflect together on teaching, identify concerns, and plan and document the development of processes to analyse continuities and changes in our teaching following a period of action. Within the framework of an action-research process, our main purpose was to enable cycles of awareness that would serve as a context for us to continue the development of actions to promote activism in the University context. To this end, we formulated the following specific objectives:

The work process was carried out in the following phases:

This first phase, documentation, consisted of an investigation process aimed at realizing/becoming aware of the production conditions in the textile industry and their consequences for countries in the Global South and the Global North. To this purpose, 78 students in conjunction with  their university teachers started with analyses of films, short films, and advertisements relevant to the course topic (i.e., textile). This activity was aimed at helping students realize and understand how some problems have been depicted in visual works and stimulating a debate that allowed us to understand the problem and identify possible alternatives that could be developed by working groups. Each group selected, after a debate with the teacher, a specific topic related to the social issue addressed by the project (see Project Context for how the groups were formed).

The definition of the topics was the second phase, where internal debates were promoted within the groups so that each group was able to define the idea to be transmitted by means of the transmedia narrative. In order to theoretically justify the main ideas worked on, the students had to make a brief theoretical presentation on the particular issues they were going to develop in their narrative. Examples include the exploitation of children, the trade struggle for decent wages, and the situations of violence experienced in places of production. Thus, this phase aimed to clarify and justify the elaboration of the narrative as well as generate student reflections on the approach their group was taking.

The third phase was the production. The use of audiovisual language for the development of critical education processes requires taking actions aimed at improving the training of students as audience (facilitating the systematization of analytical processes, improving their knowledge of language, etc.), and stimulating their agency as subjects capable of carrying out the production of messages using various technological devices (cameras, editing software, etc.). This double conception is an opportunity to represent social issues which are usually represented by the media uncritically as well as to provide students with opportunities to discuss a topic in various ways to promote the development of multiple viewpoints.

After the production, an editing phase was carried out focusing on decisions about the use of the documents and materials created by each group (still and moving images). For the accomplishment of this task, a software program was used that required making decisions linked to the aesthetic treatment of an individual image, as well as decisions focused on the manipulation and assembly of moving images.

Finally, we developed the last phase “Sharing/activism experience”. The result of the student-produced narratives was assembled into a guide format, booklet, titled Consciousness and presented in a Fair-Trade meeting of the University of Cantabria (May, 2018) and which can be accessed from the resources section of this same project. The guide is also intended as a support for activism related to social justice for textile workers.

The methodology described has been consistent with our theoretical assumptions related to encouraging student reflection on the conditions of workers in the global reality in which they live and the urgency of taking part in its improvement (Fernández-Díaz et al., 2019; Zeichner, 2010). It also allowed us to ensure that the young people we worked with increased their awareness of the need to control the symbolic resources involved in the media representation of social issue, including the use of audiovisual language. Even though media representations of social issues are a part of their daily lives, our students have had little training in its production and management. The contents manifested in the work produced through the students’ group projects were the following:

The products of group projects addressed the issues outlined above. The collection of the products has been named “Consciousness” and can be found at https://goo.gl/mXMahD.

The experience of this project allows us to draw at least three conclusions.

Firstly, it is necessary for university faculty to work with socially relevant contents, given that students are either unaware of certain social problems (such as the textile production processes in factories relocated to countries in the South) or their ideas about them are too superficial.

Secondly, it is necessary to open the university to the use of other literacies (oral, audiovisual, cartographic). On one hand, by using the genres of mass consumption (series, films, advertisements, etc.) to investigate the ideas the student population has; and on the other hand, by enabling students to know the main characteristics of audiovisual language in depth and to use it for creative and critical purposes. The analysis of students’ reflections highlights the need to rethink their participation in the research process as well as to strengthen their role as researchers. In this sense, it is urgent to demand research spaces in which students and instructors can mutually recognize each other, sharing concerns and actions to generate transformations in our community environment.

Finally, the educational resource generated was intended to be an invitation to chaos, so that we can question ourselves, dislocate ourselves from comfortable spaces and situate ourselves in other places. It does not start from a structured use nor does it pretend to seek a single answer, but rather it tries to open questions, generate dilemmas, and to provoke discussion around topics without a predefined trajectory. The protagonist is identified by the campaigns through the images generated by the students, accompanied by quotes and reflections collected during the process. Likewise, from the dilemmas found in this initial phase of action-research, we consider the need to rethink our university teaching practice in order to increase student participation and to jointly negotiate issues so that we can move forward in the construction of a university context committed to emancipatory and critical education.