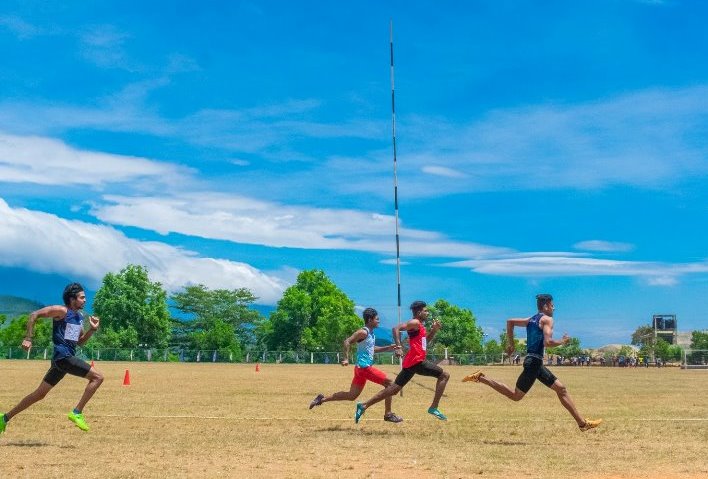 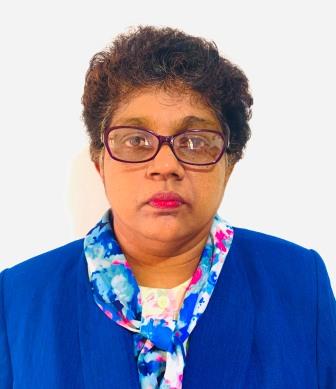 I am a highly motivated and energetic woman willing to expand my knowledge and skills and to serve my country at the highest levels. I am Thanuja Liyanage, and I work as a Lecturer in the Sabaragamuwa University of Sri Lanka. I guide students to conduct action research in physical education. I have 20 years’ experience as a Physical Education teacher in Sri Lankan schools. I was a good athlete during my school years and also a national level Netball player. I have successfully completed Bachelor’s and Master’s degrees in Education as well as a Master of Philosophy degree in Physical Education. I also have received an Advance Coaching Diploma in Netball, a post-graduate Diploma in Physical Education, and a Diploma in Sport and Exercises science. I have served the physical education sector in administrative capacities, including as a technical officer in the amateur athletic association and as an umpire in the Netball Federation in Sri Lanka.

The Department of Sport Sciences and Physical Education (SSPE), Sabaragamuwa University, Sri Lanka, has earned a reputation as a leader in sports education and has been recognized nationally since 2008 for the delivery of two full-time undergraduate degrees in Physical Education and Sport Sciences & Management. Students complete two action research studies in partial fulfillment of the requirements for both degrees. Both group and individual action research are conducted based on sports such as volleyball, track & field, basketball, netball, swimming, badminton, hockey, etc.  A research gap or deficiencies of the selected sport is identified with an action plan as a remedial measure that is then carried out through group and individual action research. The action plan is implemented over a period of 8-12 weeks after conducting a pre-test. Pre-test and post-test scores are analyzed, and a final project report is submitted. Different kinds of physiological, bio mechanical and technical issues in several sports have been addressed through these action research projects. Project outcomes indicate positive impacts on the knowledge gaining experience of the undergraduate students and on the reputation of the university department.

Sport science is the study of how the healthy human body works during exercise, and how sport and physical activity promote health – physically, mentally and socially. The study of sport science calls upon and uses many other academic disciplines namely, physiology, psychology, exercise biochemistry, biomechanics and anatomy. Curriculum topics include what is happening in a sports person’s body, the role of the mind in performance, nutrition, and business and sports management. Teaching is conducted through lectures, seminars, laboratory sessions (to study exercise physiology and biomechanics), practice sessions (in gyms, fitness rooms, swimming pools and outdoor pitches) and independent/group action research.

Action Research in the Curriculum of Two Undergraduate Degrees

For group projects, undergraduate students select from a list of sports for which ten or more candidates have expressed interest. A coordinator is nominated by the department to coordinate the action research projects and each selected sport group is supervised by a relevant supervisor under the coordinator. The group proceeds to identify a research gap or deficiencies in relation to the selected sport and an action plan is formulated and applied by the group. The action plans are utilized over a period of 8-12 weeks under the guidance of the supervisor. When developing the action plan, theories of periodization, training principles, training methods and other theories have to be considered, with guidance in reading the theories provided by the supervisors. Furthermore, proper research methodology guidelines such as sampling techniques, study population, study sample, testing protocol and data analyzing and data interpretation techniques are strictly considered while conducting the action research.

When the individual action research projects are being organized, each student is required to complete an action research minor project related to the selected sport. Students submit a project report and prepare a presentation of their findings. The individual projects address the following areas, and the department organizes workshops relevant to these areas for the particular sports:

Impact of Action Research at SUSL

According to the history of the Department of Sport Sciences & Physical Education of Sabaragamuwa University of Sri Lanka, academic activities for the first batch of students (2008/2009) were initiated in 2011.  By the time of the present study, there is a history of eleven cohorts, and seven batches of students have been graduated. Action research was introduced in 2014, and at present the department of Sport Sciences & Physical Education has six years of experience with action research. More than 800 action research projects have been published in the annual symposium of Sabaragamuwa University.

A maximum effort is taken by the Department of Sport Sciences & Physical Education to properly guide a good action research experience, with improvement of each researcher’s knowledge and skills as projects develop and are completed. Several kinds of workshops, lecturers and resources are provided by the department for the purpose of improving the quality of the action research. Some of the action research has been published in national & international symposiums (Kumarihami 2019).

All this action research has contributed to Sport Sciences and Physical Education in a number of ways. Some action research studies have investigated effects of different kinds of training modules such as aquatic training, Thera band exercise modules, plyometric trainings, etc. The investigations of physiological, biomechanical and biochemical changes & development due to different kinds of training modules in various sports have also been conducted by students (Kumarihami 2019). Furthermore, the findings of some of the action research have been applied to national sports, school sports teams, community sectors and mercantile sectors as well.

Although Kodituwakku (2017) summarized the historical development of Sri Lankan action research, no attention was paid to the action research tradition in Sport Sciences in Sri Lanka. This article addresses this gap. To identify some patterns of action research in sport sciences two abstracts are presented below.

Netball is an exciting, fast and skillful game. It is a game in which two teams of seven players keep or gain possession of the ball. The team with the ball, attempts to move the ball into its goal circle from where a goal may be scored. Movement speed is a relationship between speed and several movement patterns. Movement speed requires good strength and power and aim to develop team play moving forward by giving the attacking players passing options. This helps the player to practice to use a double dodge in order to outwit a defender. It is used when the first dodge did not work properly and the defender is still with you. This paper examines the action taken to develop movement speed and double dodging attacking skill for selected center court netball players on the Sabaragamuwa University Netball Team. Four center court players (N = 4) were selected as a sample (ages about 20-24) from the Sabaragamuwa university team. Data were gathered by using a physical fitness test, a teacher-designed Cone Circuit test and observation. Although the sample size was small, the sample represents the center court players adequately. The results of paired t-test indicated that all observed categories were significantly different between pretest and posttest (p < .05), despite the small size, with  Cone circuit, p =.007, Shuttle run, p = .016, YoYo test, p = .0005, Sit Up, p = .0005, Standing broad jump, p = .0005,. The study indicated that the workout could have positive effect to develop movement speed and double dodging attacking skill of players.

The present article focused on the development of action research associated with two courses of study in Sabaragamuwa University, Sri Lanka. Action research is a compulsory subject for both degree programs. At present, the contributions of Sabaragamuwa University to action research in the fields of Physical Education and Sport Sciences & Management have been inadequately represented in the international knowledge base. The present article is a step in the direction of developing global dissemination for Sri Lankan contributions to Physical Education and Sport Science & Management action research.