The 2017 Cartagena Assembly: An Opportunity for a Constructive and Necessary Dialogue Between Global South and North 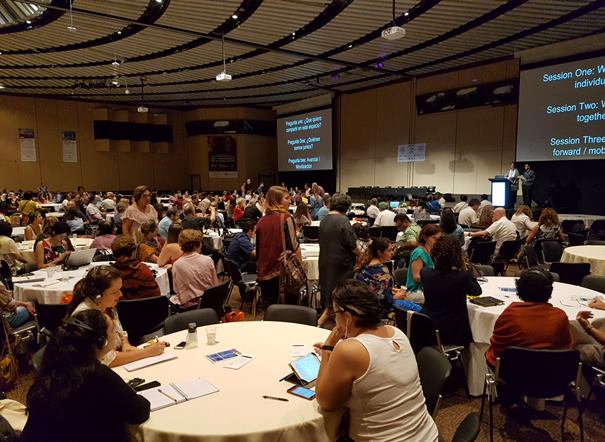 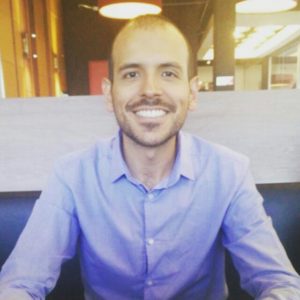 Camilo Manchola-Castillo holds a Ph.D. in Bioethics and a Masters in Education. He has been a post-doctoral fellow in Bioethics at the UNESCO Chair in Bioethics at the University of Brasilia (Brazil). Camilo has worked for more than 10 years, nationally and internationally, in teaching education, public health, bioethics and international relations. He has also worked as a Consultant for the Pan American Health Organization and for UNESCO's Regional Office for Sciences in Latin America and the Caribbean in areas related to education, bioethics and research ethics. Camilo is currently serving as the Executive Secretary of Redbioética UNESCO (UNESCO Bioethics Network). At the 2017 Global Assembly for Knowledge Democracy Camilo served as a Special Assistant to the Assembly Design and Facilitation Team.

Reflections on the 2017 Cartagena Assembly for Knowledge Democracy: Part 1

Doing a reflection on the June 2017 Assembly for Knowledge Democracy in Cartagena after 5 years is both exciting and overwhelming. Exciting because it reminds me of the hard work involved with the preparation and execution of the event, the opportunities that the event’s preparation and execution gave me to meet great people from all over the world and the incredible dialogues and discussions that were possible thanks to the event.

It is overwhelming too, though, as it reminds me of the many challenges that this experience presupposed for me. The primary challenges related to the huge differences that exist between the Global North and the Global South. These challenges made it very difficult at some times to establish a dialogue that was fruitful for all. I am also reminded of the disparities between people from academia and social movements, and the tensions and conflicts arising from participants’ opposite interests, needs and expectations.

On the huge differences that exist between the Global North and the Global South, it became clear that a history of privilege, from one side, and oppression, from the other, made for a situation in which participants from different parts of the world had problems establishing a dialogue, even if persons from the Global North were willing to do so and even acknowledged their privileges and saw the need to compensate for the oppression lived by persons from the Global South. Today I feel these wounds are profound and require very careful work to be healed. The wounds are related to a history of oppression in which some bodies, lives, knowledges and traditions have been seen as less valuable than others. This has resulted in the formation of seeds of hatred and rancor that are totally understandable, as some individuals have complete access to wellbeing (food, health, education) while others strive on a daily basis to live a life in a dignified manner. Needed healing will require not only recognizing how unjust this circumstance has been, but building memory, repairing social relations and making necessary social adjustments that guarantee that the inequalities are not perpetuated.

About the disparities between people from academia and social movements, this was something evident during the Assembly that clearly demonstrated how universities and educational institutions are sometimes disconnected from the real life of communities and civil society in general. For example, a group of people from a rural area in the mountains of Colombia showed up for the Assembly anticipating free admission, expressing dismay that the Assembly planners had not made more provisions for the participation of rural cadres and suspicion that the majority of the participants were ‘academics’ who did not understand their circumstances. On the other hand, the planners wondered how this group had so much difficulty understanding that the Assembly was not “free” and that a registration fee was needed to cover the expense of convening the event in Cartagena. In the end, everyone who wanted to participate was welcomed. However, today I see this as an opportunity for universities and educational institutions to refine their practices and establish a real connection with social movements, using all the means at their disposal to respond to social needs and concerns. A very clear way that shows how universities and educational institutions have refined their practices to establish a real connection with issues of social justice is that some Colombian and Brazilian universities have been creating academic programs that are aligned, since their very creation, with social movements, especially with those coming from the fight for agrarian reform and peace building. Participatory Action Research has been fundamental to this end.

Finally, as for the tensions and conflicts arising from participants’ opposite interests, needs and expectations, I would just like to say this challenge also summarizes for me the most important potential of the June 2017 Assembly for Knowledge Democracy in Cartagena, as it revealed that such an experience was able to put on the table extremely important discussions that are usually hidden and that should be tackled urgently. One of these discussions was related to the reflection on two meaningful questions: Who are we as individuals? and Who are we together? I remember these questions took participants to a variety of places in which they created and co-created (using artistical artifacts and different languages) responses that showed the importance of moving from an individualistic vision to an ecological and collective orientation and proposal for action.

The organization of these kinds of events should then be constantly encouraged. And it should, without any doubt, build on what took place in 2017, as the June 2017 Assembly for Knowledge Democracy in Cartagena planted the seeds of fundamental conversations and advanced the pathway towards equality and justice. It is also now, more than ever, a necessity, as the world has changed since 2017 and we are in the midst of a very dangerous attack on democracy that urgently needs to be discussed. We need to talk more, we need to think and feel more, and we need conversations like the one the last Assembly enacted. Let’s hope a new Assembly for Knowledge Democracy is organized soon!

Manchola-Castillo, C. (2022, May 20). The Global Assembly for Knowledge Democracy: An Opportunity for a Constructive and Necessary Dialogue Between Global South and North. https://www.socialpublishersfoundation.org/knowledge_base/the-2017-cartagena-assembly-an-opportunity-for-a-constructive-and-necessary-dialogue-between-global-south-and-north/