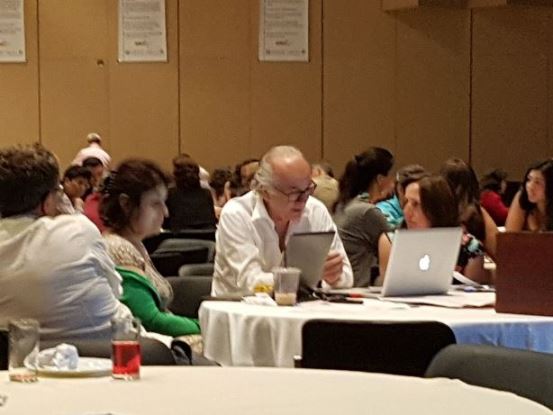 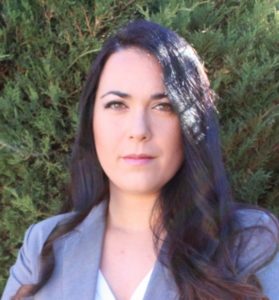 Carmen Martinez-Vargas holds a PhD in Development Studies from the University of the Free State (South Africa) where she also taught postgraduate courses in Participatory Research Methodologies, Southern Theories and Development Studies. Her doctoral thesis focused on conceptualising and operationalising a Capabilities based participatory research project with university students in South Africa. She has published her academic work on epistemic capabilities, participatory research and colonial conversion factors in higher education in refereed journals, and as book chapters in various edited volume books. Her research interests broadly focus on Decolonial and Southern thinking using the Capabilities Approach in Higher Education.

Reflections on the 2017 Cartagena Assembly for Knowledge Democracy: Part 1

As a scholar interested in decolonial and participatory research, I attended the 2017 ARNA conference not only with the hope of listening to ground-breaking research agendas but with the aspiration to start a different line of conversations with other scholars and practitioners through the Knowledge Democracy Assembly. The Assembly was unique in itself and intended to go beyond our understandings of knowledge sharing, knowledge dissemination, what Knowledge Democracy is and how it is stimulated. At that point, I was not so familiar with the ARNA community and the Knowledge Democracy movement, but I certainly understood the aim of this global event and the importance of generating bottom-up and grounded dialogues about our praxis, theories and way forward in the democratisation of knowledge. Familiar and passionate as I was about the work of Paulo Freire, Fals Borda and De Sousa Santos, the Assembly was a praxis of change, diverging us from unidirectional conversations to pluri-directional ones. The goal was not just to share our academic knowledge, as we did during the conference, but to create a safe space and a platform where different and divergent embodied knowledges were nurtured, stimulated and practised at different levels. The Assembly was the practice of Ecology of knowledges, as Santos, Nunez and Meneses (2017) confirmed. It was,

‘an invitation to the promotion of non-relativistic dialogues among knowledges, granting equality of opportunities to the different kinds of knowledge engaged in ever broader epistemological disputes aimed both at maximising their respective contributions to build a more democratic and just society and at decolonising knowledge and power’

It was a ‘territorio’ of transgression and pluriversalities.

Place and Community in Cartagena

Nevertheless, creating this unique praxis in the Assembly, in my view, was the result of the place and the community we created before the Assembly, during the international pre-conference workshops and the ARNA Conference. This, for me, was not something to take for granted, as the relationships and ethical agreements stimulated and generated during the workshops and conference created a safe and valuable platform to create ‘more’ equalitarian Knowledge Democracy dialogues among ourselves. As well as the global Assembly, the international workshops were not only the conventional academic space but rather a space charged with emotions, histories, languages, meanings and imaginations. This was necessary to foster alignments between audiences, partial meaning and comprehension, or ‘diatopic hermeneutics’ as De Sousa Santos (2015) calls it, a locus of cultural translations. However, part of this transformative experience was allowing the Assembly space for misunderstandings, incomprehension and uncertainties as well. These uncomfortable encounters created a ‘non-representation’, a ‘non-hegemonic’ space, where everyone felt uneasy at certain moments and, therefore, were forced to understand their own positionality as privileged beings in some cases, as well as underprivileged beings in others. Uneasiness reminded us that we did not belong among different cosmological and epistemological lines, at the same time as we were all part and parcel of the bigger picture within the Assembly, generating a ’re-storied’ way of being with ‘withness’, being close and connected to others towards a common aspiration. We laughed together, talked to our ancestors together, felt moved together, and furthered our thinking together in a space where we could understand our epistemic gaps and foster our humility and solidarity. I believe without this space and the territory of Cartagena as the rooted space where these ‘vivencias’ (experiences) were created, it was impossible to foster such a critical engagement during the global Assembly. This engagement delineated basic paths to reconsider the ‘other’ and ‘otherness’ within ourselves and our community to think together about the democratisation of knowledges, not from one single view but understanding the complexity of oppression in which we live and how to draw lines along emergences and insurgencies against hegemonic forces to move towards more collaborative and just futures.

After five years of this first meeting of our global community, it is difficult to believe that this event and related conversations are more pressing than ever in a post-pandemic context. For many, democracy is for sale and threatened, and not without reasons. The preservation of democracy in its broad understanding is also key to protecting and preserving the well-being and fundamental freedoms we have reason to value for our generation and future ones. Furthermore, as Amartya Sen consistently confirms, ‘Democracy has to be judged not just by the institutions that formally exist but by the extent to which different voices from diverse sections of the people can actually be heard’ (Sen, 2009 xiii). Democracy needs to enhance opportunities for our communities at the same time as it is assessed by public reasoning, interactive discussions and the enhancement of our informational resources and contexts (Sen, 1999; 2009). Hence, democratising knowledge is only one part of it but an essential part of maintaining a diversified dialogic public space, where we are not mere receivers of information and knowledge but critical agents who think, generate knowledges and act in the world to become better able to decide about our lives and future together as a global and diverse community of people who care.

Indeed, all this indicates that it is time for another Global Assembly; fostering and providing such platforms are the way to move towards alternative futures where emergences push the possibilities of what is to come. However, this might not happen without reflections and critical engagement with the ‘histories’ of what we did in Cartagena, what was needed then and what is needed now as a constantly changing and dynamic community. Part of this reflection is the compilation of these essays and the need to look back for missing elements and new needs. My most pressing questions to move toward new assemblies after five years are, in essence, reflections on the praxis in my work but also as a participant of this event and the Knowledge Democracy community. These questions are:

Is it possible to move beyond language-based discussions? Are there any symbolic/spiritual dimensions we still miss in our dialogical spaces, besides the critical outcomes we produced during the 2017 event? Do we need to question the praxis and the means by which we communicate within our ‘dialogic’ Assembly?

Is there any aspect in the form, content and praxis of Knowledge Democracy Assemblies that needs to be decolonised? What might a more decolonial Assembly require from us, as critical scholars?

Which implicit ethical premises direct our Global Assembly? How do we decide about these ethical decisions and how? How do our ethical and moral agreements guide and inform our practice as dialogic agents within Assemblies?

How do we critically engage at different levels without judgement and prejudices, not reproducing hermeneutical injustices at the individual level within our assembly praxis? What worked or not during our 2017 meeting in this area, and how can we improve it?

How do we move across our encounters, plans and future strategies and actions in a highly exploitative and neoliberal society, where free labour is often the biggest oppression for the most marginalised communities? How do we break internal chains of free and exploitative labour within our long-term aims and objectives as a Knowledge Democracy initiative?

And ultimately but not least, how do we continue the good work, the critical engagement and radical praxis after our Assemblies? How do we maintain a sustainable change within our local and international communities beyond our conversations and our 2017 outcomes after five years?

Some of these questions are partially answered by our reflections on our personal experiences at the Assembly; however, they also are substantial inflexion points to move us towards future events in which we can transcend and transform our community at different levels. My hope is that our 2017 Assembly is the beginning of many reflections and critical engagements to come in the future. As Kemmis (2009) corroborates, participatory research is ‘a practice-changing practice’. As good participatory researchers, we have good reasons to continue reflecting on our practices, the understanding of our practices and the situations in which we practise (Kemmis, McTaggart and Nixon, 2014), and this includes our past and future Knowledge Democracy Assemblies and the work that still has to come in the process of transforming ourselves and our world.

de Sousa Santos, B., Nunes, J. A., & Meneses, M. P. (2007). Introduction: Opening up the canon of knowledge and recognition of difference. In B. Santos (ed.). Another knowledge is possible. London: Verso, XIX-LXII.