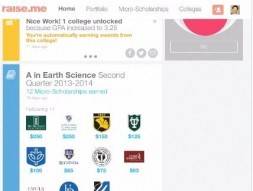 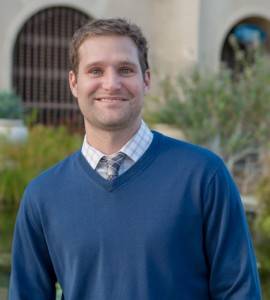 I was born and raised in a small town in Western New York. I could often be found running around the warehouse of the family business. Growing up, I had grand designs of starting my own business and creating my own legacy. After completing my undergraduate degree at Indiana University, I began a consulting career in Washington, D.C. working for clients in the federal government. I simultaneously mentored students through a high school leadership program and coached youth soccer in Northern Virginia. Those activities pushed me toward a career in school counseling and social entrepreneurship. Currently, I am exploring opportunities to merge leadership, counseling, and business acumen to find new systemic ways to improve education.

Little research exists to help make sense of how early commitment of financial aid, or the lack thereof, impacts students’ college-going choices. As the current financial aid environment is largely unchallenged and seen as an inevitable circumstance for which students often lack information necessary to make decisions, assistance by school counselors on college choices can be incomplete. This action research project highlights the use of technology and progressive thinking to change the conversation about possibilities for students. Research outcomes include: (a) aggregate student earnings by participants were $280,529; (b) students who perceived they would not receive a family contribution showed a significant improvement in academic achievement at the conclusion of the program; and (c) students reported feelings of hope and believed they had an opportunity to achieve things they previously did not think possible. The project allowed me to think outside the box and challenge a long standing policy construct at the local level. I was able to develop a partnership with an educational technology company to utilize an online tool to track and measure student participation and performance. Ultimately, I thought I provided students with a valuable experience that I hope will have a lasting impact on their post-secondary decisions.

I conducted my action research project in a diverse, comprehensive public high school, with a student population of over 2,100. The high number of students that fall into the academic middle at this school, combined with the lack of resources dedicated to helping students explore potential college going options in a holistic manner (options, financial implications, major considerations, etc.) prompted the idea to better understand how such actions may impact students in this group. The purpose of my action research project was to explore whether, and how, performance-based, micro-scholarships have an impact on students’ college-choice behavior and student motivation. Students were able to understand better what post-secondary educational options were available to them, and how the things they were already doing in high school were of value to certain post-secondary institutions. This “value” transparency was made possible by allowing students the opportunity to earn micro-scholarships (small financial awards) for strong academic performance, extracurricular participation, and involvement in community service.

According to National Department of Education Statistics (Aud, Wilkinson-Flicker, Kristapovich, Rathbun, Wang, & Zhang, 2013) the costs of attending college and obtaining a four-year degree have risen exponentially over the past two decades. The effects of hyper-inflated higher education costs have been wide ranging.  Yet, little research exists to help better make sense of how early commitment of financial aid, or the lack thereof, is impacting students college-going choices. The purpose of this action research project was to explore the ideas of early commitment of scholarships and how the improved transparency would impact students.

Research Question: What are the impacts of a micro-scholarship program on college-choice behavior and academic motivation?

To answer the research question, an exploratory, mixed methods design was created in an effort to triangulate data and provide a thorough base of new knowledge in the area of micro-scholarship programming.

A total of 90 students in Advancement Via Individual Determination (AVID) courses were selected for the study.  Students enrolled in AVID I and AVID II courses were invited . Due to changes in course enrollment, there were 79 total participants involved in the intervention stage of the action research study.

o Formulated structured technology based, classroom guidance sessions with all three AVID classes to ensure each participant had an equal opportunity to earn a micro-scholarship.

o The guidance lessons included a general overview of student financial aid and the costs associated with attending college, followed by specific structured content around engaging with the Raise.me platform to earn micro-scholarship money.

o Emailed parents about the micro-scholarship program and the benefits for their student.

o Requested feedback from parents and planned a workshop.

o Three separate focus groups were formed to collect additional qualitative data from participants who engaged in the initial intervention in Cycle 1.

o Each focus group was comprised of students from each of the original intervention groups.

o Questions were structured around better understanding various student perspectives based on the exposure to information about the costs of college and how demographic backgrounds may have impacted their perceptions.

For evaluating the research outcomes in relation to college-choice behavior, time was a significant limitation. For 9th and 10th grade AVID students, the potential of reaching a four-year college was real; however, it may not be at the absolute forefront of their thinking based on focus group meta-themes collected in Cycle 3. The wide range of perceptions regarding changes in student awareness of financial aid produced no discernible common themes as a result of the intervention. However, the focus groups, which represented all perspectives from all participants, represented more clearly and consistently among them as to their thoughts and feelings on what it would mean to them to see their dream school offering them money in real time. The responses were resoundingly positive, highlighting the potential of the program given future additions in university partnerships.

When evaluating the impact of the intervention on student academic achievement, there was no significance difference when grades before and after the intervention were compared, p = 0.89. It is likely due to many other factors beyond financial information that impacted student achievement.

The financial outcomes of the study showed the effects of intervention. Of the 79 participants in the study, 94% earned a micro-scholarship, 20% earned more than $5,000 in early scholarship commitments, and a total $280,529 was earned aggregately by the entire participant group. Further, inspection of demographic and socioeconomic data suggested that a potentially greater impact of the intervention could be found in students from lower socioeconomic backgrounds. A study with a large sample is warranted to understand this phenomenon.

Early commitment of financial aid has always been seen as a potentially revolutionary idea, but nothing significant has ever come to bear, leaving each class of college-bound students scrambling to figure out the true financial implications of their college choice.  Participants in this study have demonstrated through their actions and their words the potential that micro-scholarship programming has for high school students.  In earning over a quarter million dollars in committed financial aid money for a wide range of achievements ranging from academic success to athletic participation, students have acknowledged the presence of a shorter feedback loop for understanding the value of their accomplishments.

The presence of previous outcome research in school counseling does not exist on this topic. In the case of this micro-scholarship exploration, there is an understanding that while there may be situations where a similar population with similar environmental conditions may yield similar results. Action research generates practice-based research evidence that produce hope, energy, optimism, enthusiasm and new ideas which can be transformative and lead to fresh innovations and actions that consistently challenge the foundations of knowledge creation.  This study is true to the foundations of action research and has created a base of knowledge that can be further explored to better understand the evolution of micro-scholarships and the associated impact in the shifting landscape of secondary and post-secondary education.